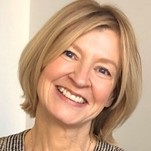 Catherine Raines was appointed AFB CEO in December 2019.  She has extensive executive and INED experience across several sectors and has worked in the UK, USA, Sweden and China.

Catherine spent 25 years in the global pharmaceuticals sector, holding senior roles such as Group Head, Corporate Audit and VP, Corporate Development (China) for AstraZeneca.  In 2013, she was appointed by PM David Cameron to lead UK-China trade efforts, based in Beijing. Her teams led on all commercial aspects of bilateral economic/trade dialogues, growing trade outcomes twelve-fold in two years. Subsequently, she was appointed global CEO at UK Trade & Investment, leading 2700 staff across 108 countries to facilitate UK trade. She conceived and delivered the world-first digital trade platform (great.gov.uk) and was a founder member of the Board of the Department for International Trade. She also sat on the Boards of the Foreign & Commonwealth Office and UK Export Finance.

In 2016, Catherine was named by the Sunday Times as one of the 100 most influential people in the UK.  In 2017, she was awarded an honorary doctorate from Keele University.  She is a Liveryman of the Worshipful Company of International Bankers.

Andrew qualified as a solicitor in 1990 and worked in the City as an in house counsel and compliance officer in various investment banks until 2015. He has worked for Credit Lyonnais and Credit Suisse in their investment banking legal departments and also for Nomura as the conflicts officer for its investment bank in EMEA. During this period he focused both on transactional matters in capital markets and lending and also EU and UK regulatory compliance issues. In 2015 Andrew joined the Association of Financial Markets in Europe (based in London) and led AFME’s equity capital markets and corporate finance divisions in its interactions with regulators and the publication of industry guidance. He joined the AFB in November 2019 and is responsible for developing and implementing the AFB’s policy and regulatory initiatives. 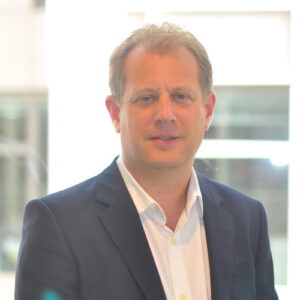 James has worked at the Association of Foreign Banks (AFB) since February 2020. James is currently the Interim Director of Practice, Training and Events. James has over 25 years of experience in the banking industry, working for a number of global financial institutions including Bank of America and WestLB. James has specialist knowledge around managing trading business and his experience as a GM for a foreign bank in London brings holistic banking experience to his role at the AFB.

Amy joined the AFB in October 2019, in the role of Director of Member and Stakeholder Engagement. Amy leads and delivers the ‘profile and impact’ segment of the AFB value proposition which includes marketing and communications strategy, membership engagement and segmentation and sponsorship acquisition. Amy has over 17 years’ experience working in membership organisations, most recently Amy was Director of Commercial Development and Corporate Events for the CBI where she worked for ten years, Amy sat on the Management and Commercial Boards. She has extensive experience building, developing and managing commercial partnerships and understands how to deliver value for customers.

Having joined the AFB in March 2006, Finn is the longest serving member on the AFB team. Her responsibilities include bookkeeping, providing management information for the CEO and Board and ensuring the AFB meets its corporate obligations. She has a broad range of experience, with previous roles in the Renewable Energy Association, the Royal Institute of International Affairs and Cancer Research Campaign (now Cancer Research UK), giving her a wide range of interpersonal and management skills.

Joseph joined the Association of Foreign Banks in July 2021 as a Marketing Associate following the completion of a master’s degree in Marketing at Durham University. Joseph helps support the Director of Member and Stakeholder Engagement in developing and implementing the marketing and communications strategy at the AFB, as well as managing the website and social media pages. 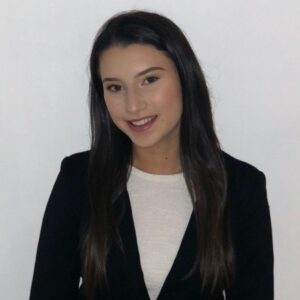 Rebecca joined the Association of Foreign Banks in December 2021, coming from UK Finance where she worked for over two years in policy analysis as well as public affairs. Rebecca now works alongside the Policy and Regulatory Affairs Director in developing and implementing the AFB’s policy and regulatory initiatives. 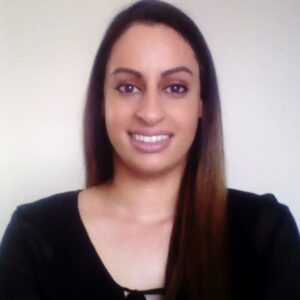 Anneka has worked at the Association of Foreign Banks since January 2022. Anneka works closely with the Director of Practice, Training and Events and takes responsibility for devising and implementing a coordinated programme that delivers value to the AFB Membership. This involves working with both AFB members and partner firms to organise all logistical arrangements for both virtual and in-person events.

Anneka has a background in event management within various membership organisations, including the Industry and Parliament Trust, British Council for Offices and the London Chamber of Commerce and Industry 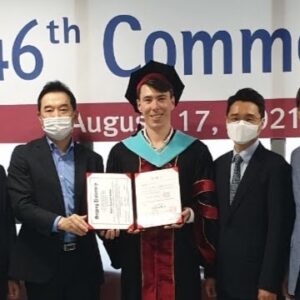 Robert joined the AFB in September 2021, returning from studying and working in South Korea for the previous six years. Robert has previously held roles within financial institutions such as Lloyd’s Banking Group and Aegon. Robert now works alongside the Policy and Regulatory Affairs Director in developing and implementing the AFB’s policy and regulatory initiatives. 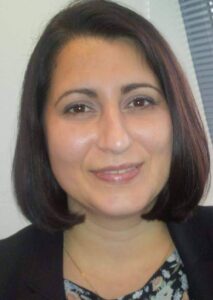 Imola has worked at the Association of Foreign Banks (AFB) since August 2021. She is the Executive Assistant to our CEO, and a team assistant for the Practice & Events team and our Director of Member and Stakeholder Engagement. She provides support to senior management with scheduling, correspondence, human resources and meetings. Imola takes responsibility and ownership of office organisation, deadline compliance, and important company information. Her supportive role contributes to the overall productivity at all levels of the organization to help achieve the wider goals of the AFB.